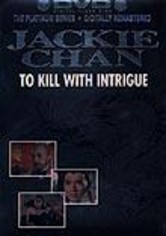 1980 NR 1h 46m DVD
Saio Le (Jackie Chan) is forced to chase his pregnant girlfriend away from home when he uncovers a sinister plot to murder his family. Le narrowly escapes slaughter when the murderous gang's leader falls in love with him -- and teaches him her fighting skills. Can Chan survive the political intrigue and spiritual tests he must pass to win his girlfriend back before it's too late?