To Tulsa and Back: On Tour with J.J. Cale 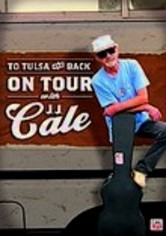 To Tulsa and Back: On Tour with J.J. Cale

2005 NR 2h 45m DVD
Despite his influence on musicians such as Eric Clapton, Neil Young and others, singer-songwriter J.J. Cale remains a relative obscurity. In this documentary, Clapton and his idol, Cale, team up for a concert in Dallas. Along the way, director Jorg Bundschuh gives viewers plenty of time to hang with the laid-back architect of the so-called "Tulsa Sound," who penned the rock classics "After Midnight," "Cocaine" and "Call Me the Breeze."