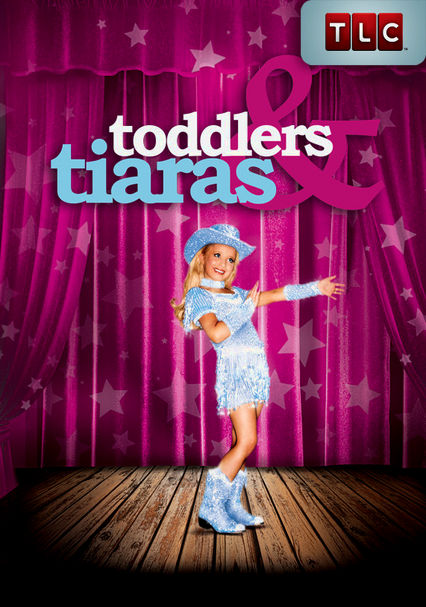 2009 NR 1 season
From "flippers" and feathers to sequins and "sexy babies," this over-the-top TLC series captures the behind-the-scenes dramas of childhood beauty pageants ... and the cringe-worthy antics of hyper-passionate stage parents.

If you think the contest in "Little Miss Sunshine" was even a little unrealistic, this reality series will prove you wrong as it opens the lid on the can of worms that is the childhood beauty pageant, from onstage theatrics to stage mom hysterics. Young girls, still on the far side of adolescence, learn the ins and outs of walking the runway, getting the right mani-pedi and the importance of winning at all costs.

Parents need to know that Toddlers & Tiaras is all about child beauty pageants, but there's a lot of focus on their parents'/guardians' outrageous behavior, too. The series has also seen its share of controversy thanks to its emphasis on physical beauty, and some of the contestants' inappropriate costumes and/or behavior. There is some talk about practice and hard work, but most of the focus is on looking good and winning crowns. Questionable parenting techniques are highlighted and parents often come off looking bad, especially when they exhibit snarky behavior towards each other. There's some bleeped vocab, and it should be noted that later episodes of the series has some audible salty language ("bitch," "hell") and features parents making violent threats against directors, judges, and other parents. References are also made to taking prescription medications.

Costumes range from one piece swimsuits to dressing up in a cone bra and garters like Madonna. One infamous episode features a contestant dressed in a prostitute's costume like Julia Roberts in Pretty Woman. The children often move their hips and jiggle around for performances; not everyone thinks this is appropriate.

Some contestants are mean to each other. Parents sometimes yell at kids, scream at their coaches, stylists, etc., and threaten to punch, slap, and/or hurt directors, judges, and other parents. Occasionally police officers are called to keep the peace.

Words like "hell" and "bitch" audible; stronger words are bleeped.

The importance of physical beauty, especially as it relates to a child's success, is discussed. Children sometimes appear sexualized by their costumes or performance. Discipline, practice, and working hard to attain goals are also topics of discussion.

Logos are blurred, but parents discuss and feed their children Mountain Dew, Pixie Sticks, and even Red Bull energy drinks.

References are made to to mothers taking medications to stay calm, and children being given prescriptive medication to control their ADHD. One contestant smokes a prop cigarette on stage as part of her act.