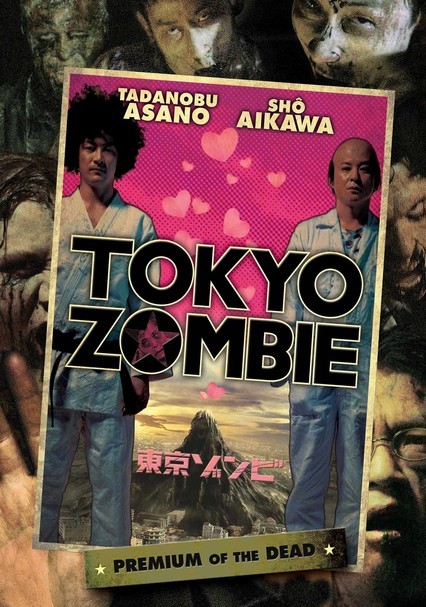 2005 NR 1h 43m DVD
While training to fulfill their dreams of being jujitsu champions, Fujio (Tadanobu Asano) and Mitsuo (Shô Aikawa) work in a fire extinguisher factory. But when a mob of zombies suddenly invade Tokyo, they'll have to employ their limited fighting skills to battle the undead. They soon join with other zombie fighters to try to reclaim the city. Directed by Sakichi Sato, this Japanese zombie-movie satire is based on the manga by Yusaku Hanakuma.