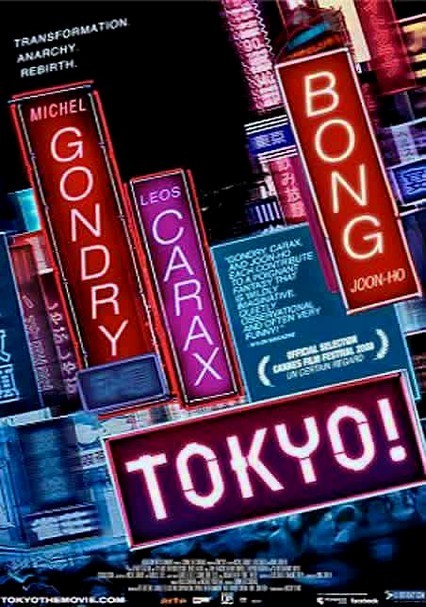 2008 NR 1h 47m Blu-ray / DVD
Directors Michel Gondry, Leos Carax and Joon-ho Bong each contribute a short film set in the great metropolis of Tokyo. Gondry's "Interior Design" follows an aspiring filmmaker who drifts apart from his girlfriend as they pursue a future in the big city. In Carax's "Merde," a strange man commits a bizarre series of controversial public acts on the Tokyo streets. And in Bong's "Shaking Tokyo," a recluse falls in love with a pizza delivery girl.