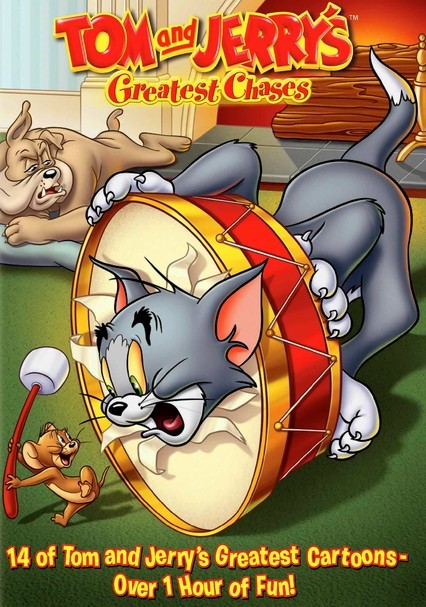 2009 NR 1h 42m DVD
Archrivals Tom and Jerry find plenty of ways to torment each other in this cartoon collection, which features Tom inheriting a huge sum of money, suffering humiliation by being dressed up as a girl and attempting to cook a delicious goldfish. Meanwhile, Jerry enlists the help of Spike the dog, discovers a simple way to make himself invisible and tries to escape from an eagle that wants to eat him.