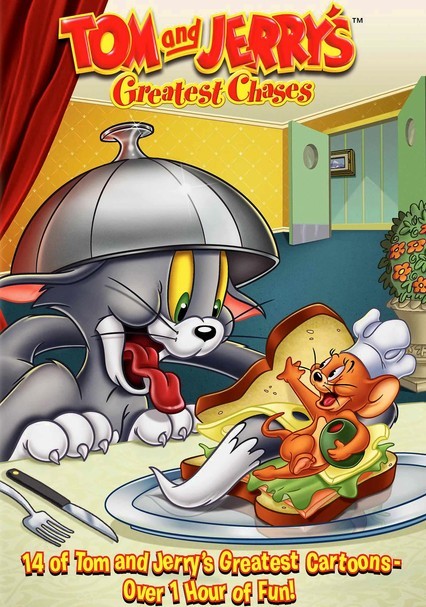 2009 NR 1h 38m DVD
Frenemies Tom and Jerry air their grievances and bring down the house in 14 shorts cherry-picked from the original Hanna-Barbera years, kicking off with 1945's "The Mouse Comes to Dinner," in which Jerry serves Tom his own tail in a sandwich. In other episodes, Jerry teams up with baby elephant Jumbo, Tom falls for a foxy female feline, Jerry outwits an exterminator, and Quacker the duck makes his debut.