Tony Palmer's Film About the Fantastic World of Michael Crawford 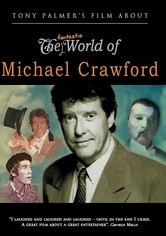 Tony Palmer's Film About the Fantastic World of Michael Crawford

2008 NR 1h 31m DVD
Though perhaps best known for his star turn in Broadway's "The Phantom of the Opera," Michael Crawford has more than 30 years' worth of credits to his name. He also has plenty of stories to tell, as Tony Palmer's witty documentary reveals. Clips from rehearsals, performances, films and home movies illuminate Crawford's reflections on "Phantom," the Vegas spectacle "EFX," "Barnum," his work with Benjamin Britten, international success and more.