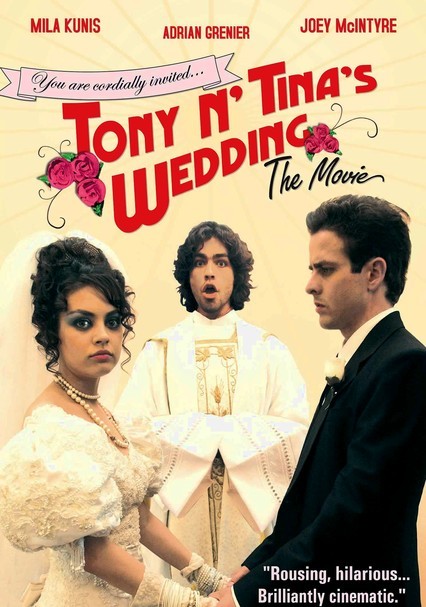 2004 R 1h 50m DVD
Deciding to get married isn't as easy as sweethearts Tony (Joey McIntyre) and Tina (Mila Kunis) imagined in this irreverent comedy based on the long-running play by the same name. First, they deal with the hostility between Tina's mother (Priscilla Lopez) and Tony's father (John Fiore), who dated when they were young. Then they face unexpected problems from an uncooperative priest, a prima donna wedding singer and Tina's ex, Michael (Adrian Grenier).