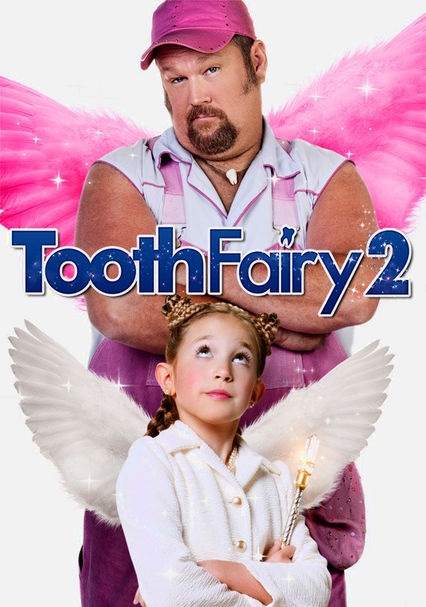 2012 PG 1h 30m DVD
Trying to win back his girlfriend, Larry volunteers at her afterschool program, where he accidentally spills the truth about the Tooth Fairy. Suddenly outfitted with his own tutu, wings and magic wand, Larry must fill the job himself as punishment.

Parents need to know that this direct-to-video sequel to 2010's Tooth Fairy retains no characters from the original. Dwayne "The Rock" Johnson has been replaced by Larry the Cable Guy, and the only story element that returns is "grown man looks funny in a tutu as he attempts to retrieve recently lost teeth." Tooth Fairy 2's few farcical pratfalls are harmless; the movie's one suspenseful scene has an unseen dog chasing the hero. There's no offensive language, though a lengthy farting sequence is included specifically to elicit laughs if all else fails. Lots of products show up, some of which (Camaro, Wing Shack) are featured as story elements.

A few comical pratfalls -- someone slips on nachos and falls to the floor; one contemptible character is hit by a golf ball and in a later scene falls onto a table. One suspenseful moment when it seems as though an unidentified but vicious dog may be chasing the film's hero.

Encourages belief in childhood traditions. It also suggests that the best memories are those that involve people you love and sharing good times, rather than the achievement of material success or awards. It's important for adults to behave responsibly and be considerate of other people.

Wine is served at a wedding shower. A toast is proposed at a political meeting.