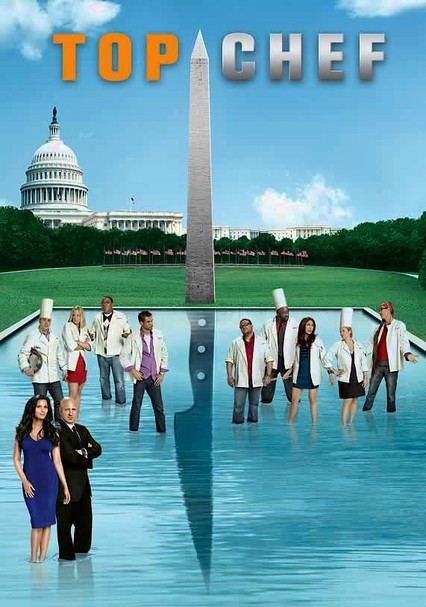 2006 TV-14 3 seasons
Bravo's Emmy-winning reality series documents the tantrums and friendships that erupt in the kitchen when a group of aggressive "cheftestants" cook their hearts out in a heated competition to be crowned Top Chef. Host Padma Lakshmi and mentor Tom Colicchio join the brightest stars of the culinary world in concocting devilishly difficult challenges and judging the competitors' spectacular and sometimes odd cuisine.

Sixteen contestants head to Chicago to endure a grueling menu of challenges in the fourth season of this delicious Bravo hit, in which the chefs must throw a dinner for film critic Richard Roeper and cater a tailgating party for the Chicago Bears.

The hip Brooklyn neighborhood of Williamsburg is the culinary battleground for this fifth season of the Bravo hit, as another crop of 16 contestants undergo numerous cooking challenges in a bid to become the titular Top Chef. Hosted by Padma Lakshmi and supervised by head judge Chef Tom Colicchio, the addictive series shows the nitty-gritty of what it takes to succeed as a chef in the pressure-filled restaurant business.

Bravo's cooking competition took its sixth season to Sin City. Judge Tom Colicchio and host Padma Lakshmi preside over the culinary triumphs and misfires of 17 aspiring chefs. As they attempt to skirt elimination, the contestants cook for varied clients.