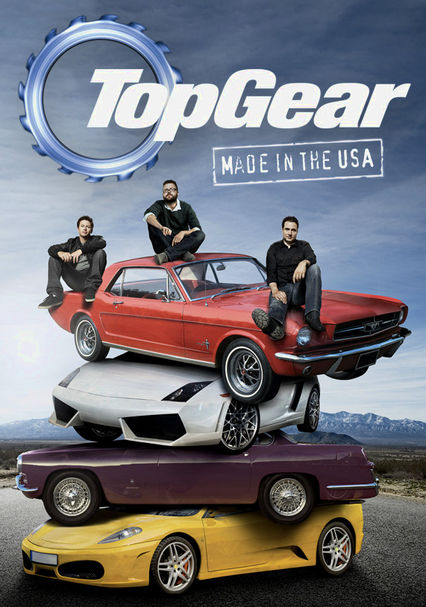 2010 NR 1 season
Rev up your engines for some automotive mayhem in the American version of the acclaimed British car show, as gearheads and comedians Adam Ferrara, Rutledge Wood and Tanner Foust test-drive the latest models and embark on the wildest road trips ever.

Parents need to know that there's some bleeped language (mostly "f--k" and "s--t") and audible words like "ass" and "damn" in this Americanized British import that tests the abilities of various automobiles by racing and testing some potentially dangerous stunts. (There's an emphasis on speed, too, so parents might want to stress to kids that speed shouldn't be the goal of everyday driving.) Because of the format, the show also spotlights an ever-rotating line-up of car brands, including Audi, Mercedes, Lamborghini, Corvette, etc., and the hosts occasionally use light sexual innuendo.

Every now and then, there's some sexual innuendo, like when one of the hosts compares driving a car to "being aroused at gunpoint."

There's no overt violence, but there's plenty of danger. Most stunts should not be tried at home.

Infrequent use of words like "ass" and "damn," punctuated by bursts of bleeped swearing (mostly "f--k" and "s--t").

The focus is on the cars and their amazing abilities, and the tone is occasionally educational, too. That said, there's a lot of emphasis on speed.

The show regularly highlights a range of auto brands (from Dodge, Nissan, Suzuki, and Corvette to Audi, Mercedes, Aston Martin, and Lamborghini), including many high-end, luxury models.