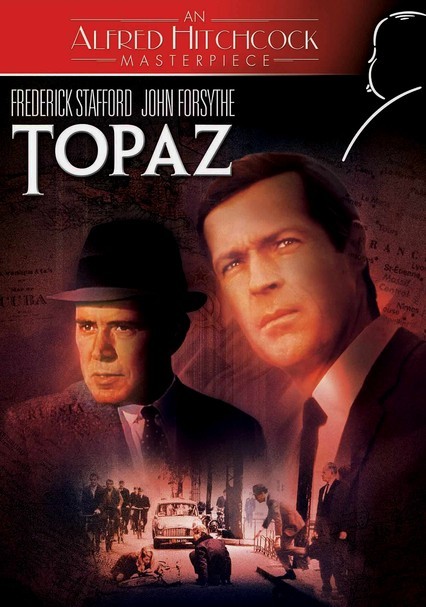 1969 NR 2h 23m DVD
Based on the Leon Uris best-seller of the same name, Alfred Hitchcock's Topaz is a spy thriller set in the Cold War period surrounding the Cuban Missile Crisis (fall 1962). Competing American, French and Cuban spies fight over secrets that both Washington and Moscow want to get their hands on in action that ranges from Harlem, N.Y., to Paris and Havana. See if you can spot the master's cameo about 30 minutes into the movie.