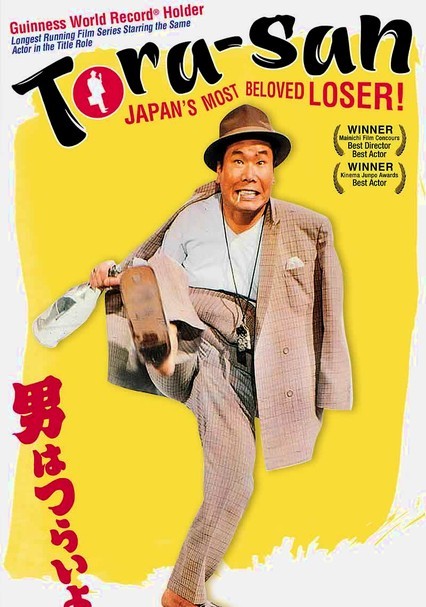 1969 NR 1h 31m DVD
Kiyoshi Atsumi stars as traveling salesman Torajirô Kuruma, aka Tora-san, whose unexpected return home after 20 years wreaks havoc on his family, in this classic first installment in one of cinema's longest running franchises. While his drunken antics jeopardize his sister Sakura's (Chieko Baisho) pending wedding, Tora-san, too, finds his heart out on the line. Gin Maeda stars as Sakura's fiancé, Hiroshi, and Sachiko Mitsumoto as Fujuko.