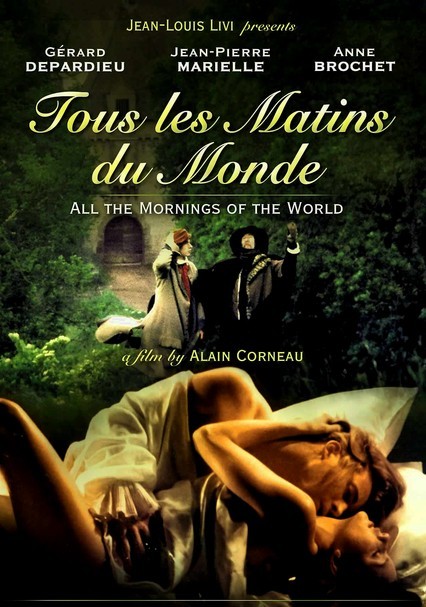 1992 NR 1h 55m DVD
Racked with grief after his wife's untimely death, gifted viola da gamba player Monsieur de Sainte Colombe (Jean-Pierre Marielle) moves into a small house in his garden to keep himself and his two young daughters (Anne Brochet and Carole Richert) safe from the outside world. But their solitude is broken when a young musician comes calling (played by Gerard Depardieu's son, Guillaume, and later by Depardieu himself) in search of a lesson.