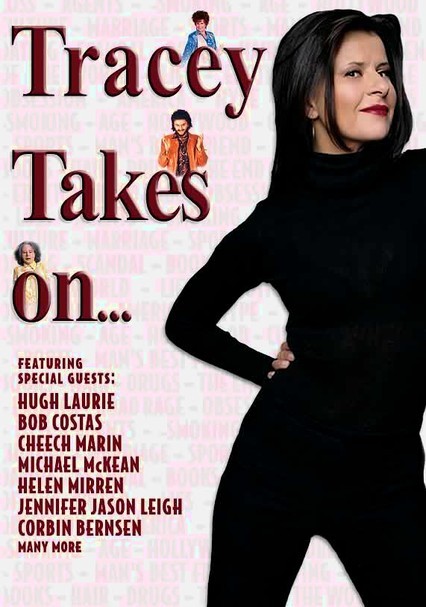 1996 NR 3 seasons
In this highly acclaimed series from HBO, razor-sharp comedian Tracey Ullman tackles one subject per episode, including royalty, religion and romance, and enacts a wide array of characters to raucously and thoughtfully dissect why it's so important. Tracey's characters include an Australian stuntwoman, a Middle Eastern cabbie, a gay airline steward and an elderly Hollywood makeup artist. Hugh Laurie, Jon Favreau and Julie Kavner guest star.