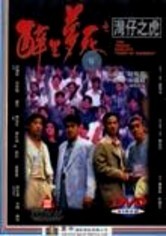 1994 NR 1h 45m DVD
Parking attendant Chan Yiu-Hing (Simon Yam Tat-Wah) dreams of racing in the Grand Prix in this dramatic gangster film. Chan and his valet friends joyride all over Hong Kong as they try to avoid a notorious crime boss (Ben Lam Kwok-bun). Beaten down by the gangster for the last time, Chan opens a security business and becomes an underworld hero himself. When his girlfriend wants to settle down, Chan realizes he can't outrun his past.