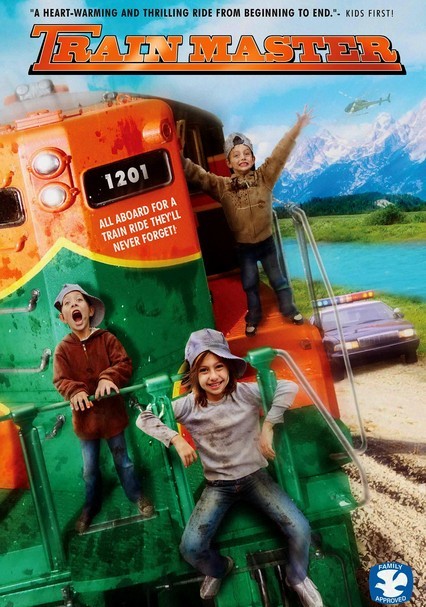 2008 TV-Y7 1h 34m DVD
After buying Western Railroad, young upstart Brett (Jonathan Hall) fires longtime employee Jeremiah (Michael Biesanz), a man who lives for his job. But the two must work together when Brett's son (Daniel Nelson), Jeremiah's grandson (Elijah Nelson) and several other kids get trapped aboard a runaway train. As the children head straight for a nuclear power plant, the adults search for some way to avert disaster.

Parents need to know that this slow-paced runaway train story shows taunting and nonviolent bullying between kids, though the main characters eventually learn to get along. The scenes of children trapped on a runaway train might be too much to handle for younger viewers.

The scenes of children trapped on a runaway train may be a bit much for younger viewers. There are also some instances of verbal bullying, as a new kid in school taunts others for playing with toy trains and dinosaurs.

In a mealtime argument, one sibling calls the other a "fruit." Characters call each other "morons," "rednecks" and variations of "old-timer" throughout.

Sometimes it is necessary to put aside past differences and work together to solve pressing problems. Clear messages about the benefits of respecting others and building friendships.

In an early scene, a character brings a bottle of champagne and two glasses into an office. The bottle is opened but no one drinks.