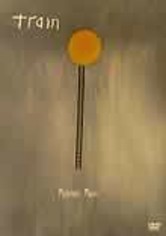 2001 NR 1h 24m DVD
In May 2001, San Francisco-based rockers Train returned to the Bay Area after an extensive tour to play a sold-out gig at the Warfield Theatre. The band rocked the rafters with a career-defining performance. Tracks include "Respect," "It's About You," "Meet Virginia," "Mississippi" and many more. In addition, the band takes you on a personalized tour of San Francisco, revisiting former haunts and clubs while remembering the group's early days.