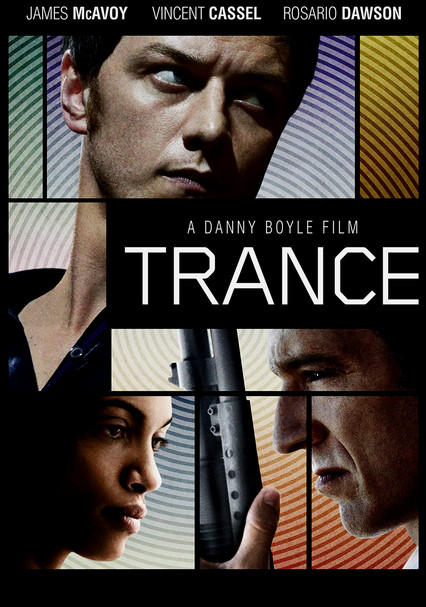 2013 R 1h 50m Blu-ray / DVD
Danny Boyle directs this psychological thriller about an art heist gone wrong and the hypnotist who's hired to ferret out the missing masterpiece. Everything is a jumble after an auctioneer gets hit in the head while double-crossing some art thieves.

Parents need to know that Trance is, like director Danny Boyle's earlier films Trainspotting and 28 Days Later, not for younger viewers. Although it has drawn comparisons to Inception and Memento, this thriller has more sex (including sexual full-frontal nudity) and grisly violence (torture, heads blown up, an innocent person killed) than either of those films. The language is standard for an R-rated movie ("f--k," "s--t," "assh--e"), but it's the frank sex scenes and the cringe-inducing violence (which also includes domestic abuse) throughout that makes this one for very mature teens and adults only.

Frequent violence, including scenes of torture (nails being torn off, limbs being broken) that are both real and imagined (under hypnosis). Characters are shot, beaten, burned, hit by a car, and killed. The body count is less than 10, but the deaths/murders are all shown. There are also flashbacks to domestic violence and possessive behavior between lovers.

The only possible worthwhile takeaway is the warning to never abuse your partner.