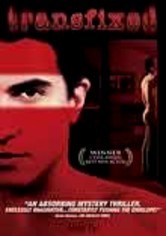 2001 NR 1h 46m DVD
Belgian cross-dresser Bo Ancelin (Robinson Stevenin) gets caught up in a risky investigation in this psychological crime thriller. When a serial killer begins preying on prostitutes and cross-dressers, Bo takes matters into his own hands and tries to catch the culprit. Richard Bohringer co-stars as police detective Paul Huysmans, whom Bo meets while testifying in court against his pedophile father.