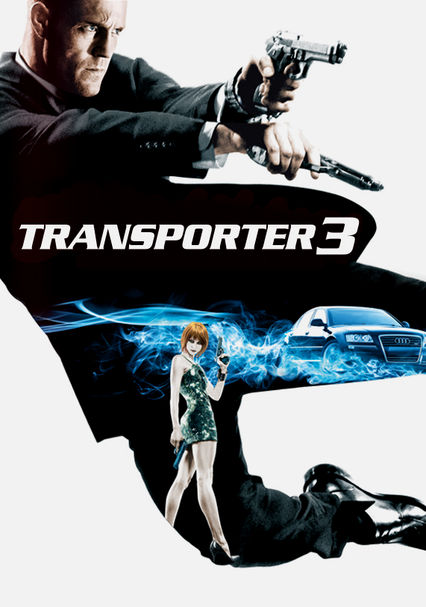 2008 PG-13 1h 40m Blu-ray / DVD
Buckle up and hold on tight for this installment of the action-packed franchise, which follows mercenary driver Frank Martin as he takes on the task of delivering important cargo ... no questions asked.

Parents need to know that, like its predecessors, the third movie in the Transporter franchise features extensive, visceral martial-arts action (not to mention constant violation of any conception of safe driving). There are shootings, explosions, mutilations, and more. Also expect a good bit of strong language (including "f--k") and some kissing and partial nudity (buttocks). The female lead takes Ecstasy mixed with vodka at one point, and other characters smoke and drink. While the film nominally has a pro-environmental regulation message, it's paper-thin wrapping around a slick, glossy package of violence and velocity.

A woman in peril notes in broken English that "I want to feel sex one more time before I die." When the object of her affections demurs, she asks if he is "the gay." Kissing. Nude male and female buttocks. Implied lovemaking. A character is coerced into a "strip-tease." Some discussion of a character's taste for "the rough stuff" in lovemaking.

Extreme and near-constant violence. Extensive martial-arts violence, with metal pipes, knives, articles of clothing, fire extinguishers, and more used as weapons. Shootings, many lethal, are often solely to make a point. Two supporting characters are shown murdered and mutilated by toxic waste. Characters are fitted with explosive bracelets that will detonate if they move too far from their vehicle. Deaths by explosion. Extensive vehicular action, including chases and crashes.

The plot revolves around a toxic-waste disposal scheme that sees a high government official's daughter kidnapped to coerce her father into clearing multiple shipments of illegal waste for docking and, presumably, dumping. Nominally, the movie's message is meant to be pro-environmental regulation. Extensive violation of the rules of the road. Public urination.

Some brands mentioned and shown on screen -- particularly Audi automobiles.

Characters drink wine, champagne, beer, and hard liquor. A character takes what's implied to be Ecstasy (MDMA) during a life-threatening set of circumstances, chasing the pills with vodka. Some cigarette smoking, plus discussion of Dean Martin's signature look of "holding a drink and a cigarette."