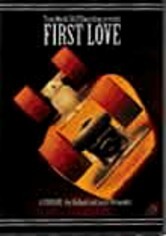 2005 NR 1h 0m DVD
Filmed in stunning locations around the world (including Los Angeles, Sacramento, San Diego, San Francisco and Phoenix in the United States and Barcelona, Malaga and Valencia in Spain), this reflective film talks to five of the industry's greatest skaters (Leo Romero, Comar Salazar, Shiloh Greathouse, Richard Angelides and Ryan Gallant) to find out when skateboarding stopped being "just a hobby" and became a way of life.