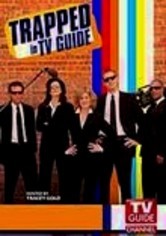 2007 NR 2 discs
This hilarious hidden-camera show places unsuspecting participants in outrageous situations as they live out classic scenes from television's most popular programs of yesterday and today, such as "I Love Lucy," "Baywatch" or "My Name Is Earl." "Growing Pains" actress Tracey Gold hosts the shenanigan-filled program, which originally aired on the TV Guide Channel.