Travis and the Nitro Circus: Vol. 3 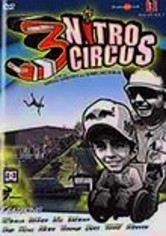 Travis and the Nitro Circus: Vol. 3

2006 NR 1h 30m DVD
Come one, come all to one of the craziest motocross "tent shows" ever to be captured on film in this compilation reel of extreme stunts and jaw-dropping action from what can only be called the Nitro Circus. Ringleader Travis Pastrana is joined by a willing crew stocked with his usual suspects, including Gregg Godfrey, Andy Bell, "Cowboy" Kenny Bartram and Ronnie Renner.