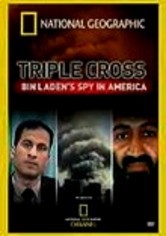 2006 NR 1h 31m DVD
This real-life story explores the intrigue-filled career of Ali Mohamed, one of Osama Bin Laden's most successful agents, who infiltrated the United States and played a critical role in the first attack on the World Trade Center. A former major in the Egyptian special forces, Mohamed married an American and became a citizen. He later joined the Army to educate U.S. soldiers about the Middle East, while secretly training terrorists.