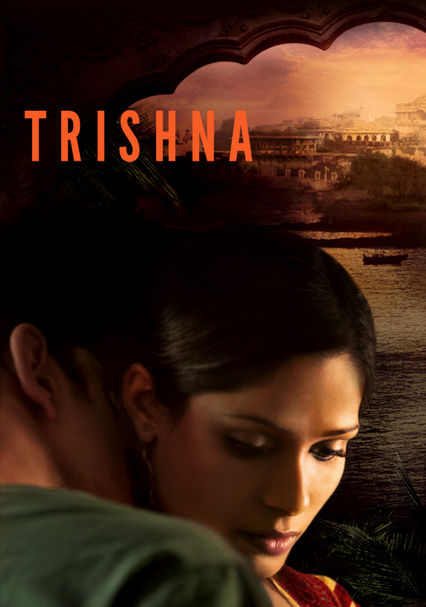 2011 R 1h 57m DVD
Raised in rapidly changing rural India, well-educated Trishna is torn between cultural tradition and her own desires when she falls in love with a British businessman who has returned to India to work in his family's hotel business.

Parents need to know that Trishna is a re-working of Thomas Hardy's classic novel Tess of the d'Urbervilles, set in modern-day India. It's about a poor woman who becomes a tragic victim after being trapped in a relationship with a wealthy man. There's some isolated bloody violence, as well a car crash and uncomfortable sex scenes that border on rape. There's no nudity, but plenty of obvious sex acts between the two lead characters. Language is very infrequent, but one minor character uses several swear words in the space of one scene, including "f--k," and a song is heard that repeats the word "bitch." Characters drink and smoke cigarettes socially (and, it's suggested, smoke pot as well). The film is dry and depressing, and though some Thomas Hardy fans may admire it, many teens won't be interested.

No nudity, but lots of kissing and several obvious sex acts between the two lead characters. At first, the sex is consensual, but eventually it becomes more one-sided as the woman unwillingly gives in to the man's urges. A man reads the "Kama Sutra"; viewers see a couple of pictures. A woman talks about having an abortion.

Two characters are stabbed, with some spurting blood. One character commits suicide. There are sex scenes that border on rape (the woman is upset and/or in pain). There's also a car crash with a little blood. Also various scenes of tension and/or arguing.

Language is infrequent, but in one scene, a character uses "f--k" three times, as well as "hell," "son of a bitch," and "bastard." In an opening scene, characters listen to a song that includes "bitch," repeated several times in the lyrics.

Trishna is about dealing with the problem of poverty, but it doesn't suggest any positive or helpful methods; everything the characters do is tragic, selfish, and depressing.

A Corona beer is shown, and a Levi's billboard can be seen in a cityscape shot.

Characters are seen drinking socially (cocktails or beer) and smoking cigarettes. In one scene, some men pass around a cigarette that's probably pot, but nothing is mentioned, and there are no druggy effects.