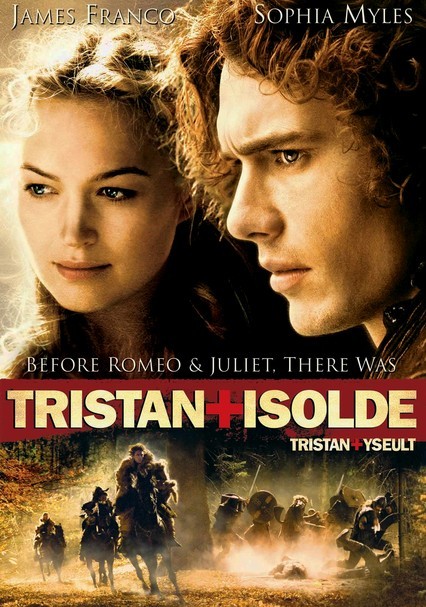 2006 PG-13 2h 5m DVD
When gallant English knight Tristan wins the love of beautiful Isolde -- the daughter of the Irish king -- soon after the fall of the Roman Empire, their liaison threatens to destroy the uneasy truce between their respective nations.

Parents need to know that this film includes several fierce medieval battle scenes, featuring swords, mallets, spears, knives, and arrows, and resulting in dead and bloody/wounded bodies. The young lovers appear in various states of undress and throes of passion (kissing, embracing, hiding from authorities); in one scene, two women strip to lie next to the naked, just washed-ashore Tristan in order to warm him. The young lovers engage in an adulterous affair after she is married. Characters drink during party scenes.

Drinking of ale and wine at parties.