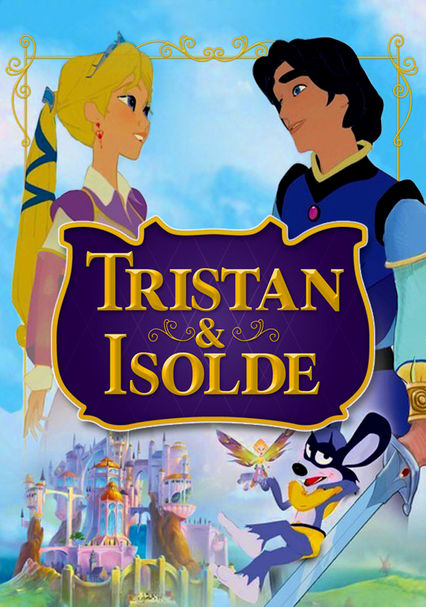 2002 NR 1h 17m DVD
Reprising the classic love story, this animated version of Tristan and Isolde's fairy-tale romance also features a mischievous sprite named Puck and a spunky fairy named Teazle, who help protect the lovers from the plots of the evil Baron Ganelon. A visual delight for children and adults, the epic saga includes plenty of action to accompany the romance as love eventually conquers all in a fantastic and magical landscape.

Parents need to know that Tristan & Isolde is an action-packed animated film (made in France, dubbed into English) where the heroic Tristan is forced to fight multiple battles against overpowering enemies. It's all cartoon-style derring-do as Tristan is threatened by swords, knives, poison, fire, magic, and his own recklessness. For kids who understand the fantastical, there's nothing truly scary or sad. The story is complex; even with the help of a whimsical narrator it may be difficult for kids to keep up with the numerous kings, queens, castles, and villains. With its perfunctory love story and happy ending, the film bears little resemblance to the tragic romance and cautionary tale of the Celtic legend.

A few romantic kisses. Tristan is momentarily embarrassed when he wakes up in the care of a female healer and realizes he is naked under a blanket.

Conventional swashbuckling action. The hero fights: a roaring dragon in his fiery lair, a giant, a man-eating plant, and the malicious advisors to the good king. There are sword fights, dangerous falls, a huge boulder launched as a weapon, stabbings, and poisonings. Mild injuries, quick recoveries; villains die. Preparations are made to burn Tristan at the stake, but he is rescued in the nick of time.

A good king makes every effort to avoid war, using diplomacy as a means to overcome differences. Promotes the magical power of love.

Wine is served at a celebratory dinner. A servant secretly pours a love potion into two of the glasses.