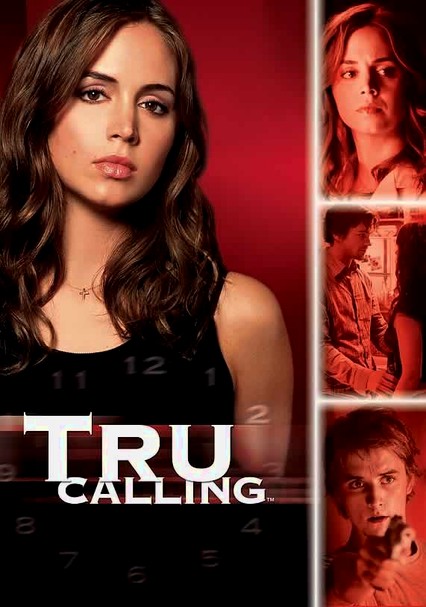 2003 NR 2 seasons
Eliza Dushku stars in this short-lived but seriously supernatural drama as wayward medical student Tru Davies, an unusually gifted city morgue employee who has the power to communicate with the dead and save the innocent from dying needlessly. But while Tru works to rewind the victim's last day and right that wrongs that landed them on the slab, an adversary (Jason Priestley) is determined to make sure she doesn't tamper too much with fate.

When a woman takes a job at a morgue, she soon learns she may be there by design: She hears the voice of a dead woman pleading for help, and the next day she discovers that she has a chance to prevent the victim's murder. So begins the saga of Tru Davies (Eliza Dushku), who's gifted with unusual powers she's not sure she wants to have, a dilemma that unfolds over this collection of episodes from the show's first season on Fox.

In the second and final season of this sci-fi drama, when cadavers call to Tru (Eliza Dushku) to save them, she uses her power to rewind the day to help save wrongful deaths; but Jack (Jason Priestley), who possesses a similar power, is out to keep the dead ... dead. Now a med student but still working at the morgue, Tru must go to Jack, her nemesis, for help when the lives of her close friends are jeopardized.