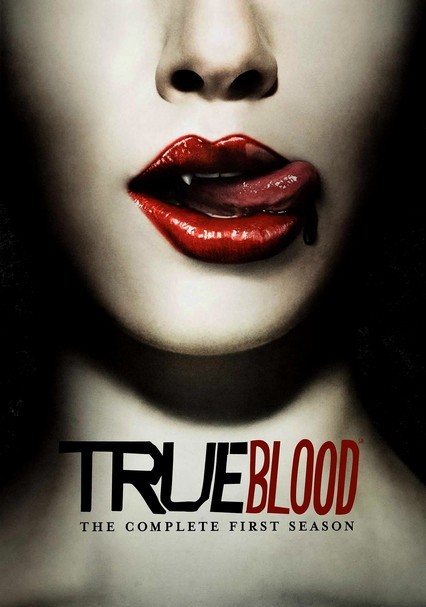 2008 TV-MA 5 discs
Mind-reading waitress Sookie Stackhouse (Anna Paquin, in a Golden Globe-winning role) dives into a complicated relationship when she falls for vampire Bill Compton (Stephen Moyer) in a world where the undead live openly and drink synthetic blood. Trying to improve their image and legitimize their finances, the out-of-the-coffin bloodsuckers hire PR firms and contribute to influential Republican politicians, among other tactics.

Parents need to know that this pay-cable vampire series from the creator of Six Feet Under is, like that show, very much intended for adults. Viewers can expect plenty of nudity, simulated sex scenes, strong language (including "s--t" and "f--k"), drinking, and drug use, as well as references to prostitution. That said, the show also explores the human ability to embrace and understand those who are different.

Mortals and vampires are shown pushing, punching, kicking, and shoving each other (sometimes brutally). Knives, chains, and other items are sometimes used as weapons. The show's opening sequence contains brief images of the KKK, gutted animals, and children eating bloody organs. Some mortals are "drainers" (they kidnap and drain vampires' blood and sell it). Other mortals are mysteriously found dead. Vampires become more evil when they nest together.

Language is strong and uncensored. Words include everything from "hell" to "s--t", "f--k," and more.

The series is a fantasy, but it serves as a metaphor for the unfairness of judging a group or community based on the actions of a few. Of course, some of that gets overshadowed by the show's soapier elements, from betrayal and manipulation to sex and violence.

Lots of visible consumption of beer, hard liquor, and Tru Blood (synthetic blood created for vampires). Some discussion of drug trafficking and images of drug use. Tara's mother is a violent alcoholic.