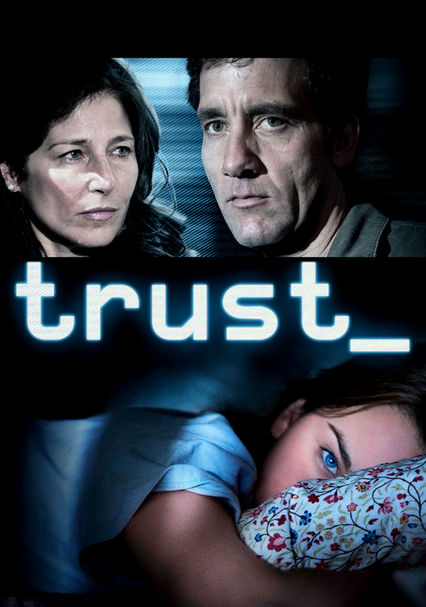 2010 R 1h 44m Blu-ray / DVD
After curious and vulnerable teenager Annie falls into a trap set by an online sexual predator, her family begins to disintegrate, uncertain how to cope with such a devastating tragedy. Utterly consumed by rage, her father sets out for vengeance.

Parents need to know that this mature film about an online predator who targets unsuspecting teens is often disturbing to watch but could spark extremely important conversations between parents and teens about Internet safety. The predator's "grooming" and seduction of a 14-year-old girl are explicitly drawn, and the damage inflicted upon the girl and her family by the assault and its aftermath is intense and disturbing. Many scenes include sexual dialogue -- in conversation, in text message form, and on the phone -- and the community in which the story is set is portrayed as highly sexualized, essentially encouraging early sexual activity. There are violent fantasies in which the girl's father imagines a brutal attack on his daughter and projects his own revenge on the villain using fists and a gun. Language includes: "f--k," "s--t," "whore," "blow job," and more. Characters, including teens, drink in social situations, and there's a suicide attempt using prescription drugs.

In a series of nightmarish fantasies, a father first imagines his daughter as the victim of a vicious rape and then visualizes himself taking revenge on the unidentified predator, beating him violently with his fists and threatening him with a gun to the head. The same father loses control and brutally attacks a man at a high school volleyball game.

Frequent, strong swearing, including many uses and forms of "f--k," "ass," "s--t," "whore," screwed," "blow job," "Jesus Christ" (as an exclamation), "bitch," and more. A police report that includes graphic language about rape and its aftermath is shown in close-up.

Functioning as a cautionary tale, this film emphasizes the need for parents to provide clear sexual guidelines for their children. It stresses the importance of open communication with teens and the dangers of unsupervised Internet access. Underlying these messages is the film's frank portrayal of a highly sexualized culture that encourages teen sexual activity well before kids are ready and mature enough to make wise decisions.

Drinking is shown in a number of social settings: wine at family dinners, at a business event, and with restaurant meals. Underage drinking takes place at an unchaperoned teen house party. A young teen attempts suicide with prescription drugs found in a family medicine chest.