Tugger: The Jeep 4x4 Who Wanted to Fly 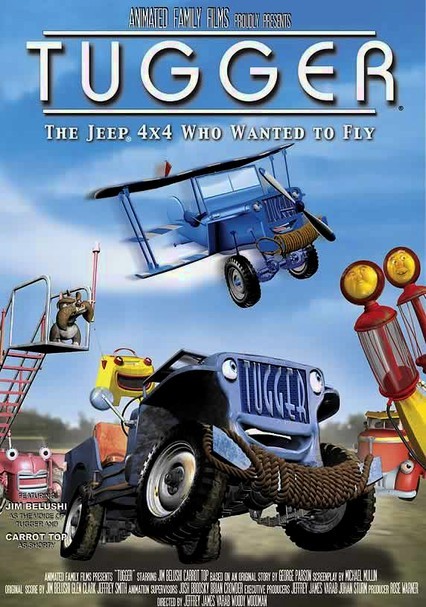 Tugger: The Jeep 4x4 Who Wanted to Fly

2005 G 1h 5m DVD
This uplifting animated film tells the story of Tugger (voice of James Belushi), a plucky Jeep who was damaged during World War II. Ever since mechanics replaced his engine fan with an airplane propeller, Tugger's been wishing he could fly. His new job towing planes around an airfield might just give him a chance to fulfill his dream. Carrot Top voices Tugger's best buddy, a short-wave radio named Shorty.