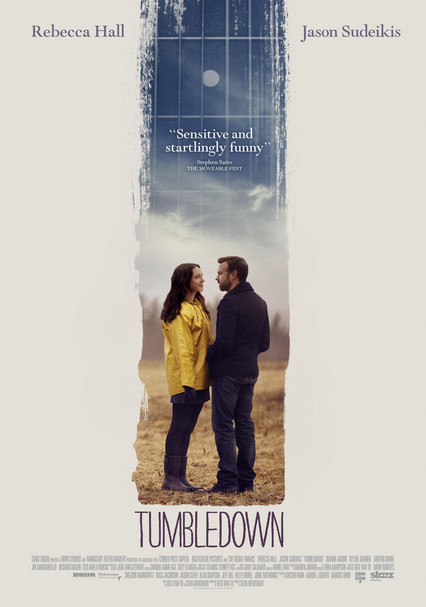 2015 R 1h 43m Blu-ray / DVD
Hoping to move past the death of her husband, celebrated folk musician Hunter Miles, Hannah begins penning an account of his life. But before long, she meets an author also writing a biography of Hunter -- one with a distinctly different view of him.

Parents need to know that Tumbledown is a romantic dramedy that mixes light, playful moments with those that are gloomier and more mournful. Grief over the death of a loved one figures prominently in the plot, and there's plenty of mature content -- including one bawdy scene that shows a couple in a sex position while a phone rings. You can also expect plenty of swearing (including "f--k," "s--t," and more), some social drinking, marijuana use, and yelling, threats, and trash talk.

A brief but fairly raunchy/graphic scene shows a couple in the middle of sex, though you don't see their private parts.

Some yelling and trash talk. A man makes veiled threats against a perceived enemy. Discussion of how one character died, including suggestions that he may have intended to harm himself.

Grief has its own timeline; allowing yourself to follow it might just be the best way to heal. Also, love can find you when you least expect it.