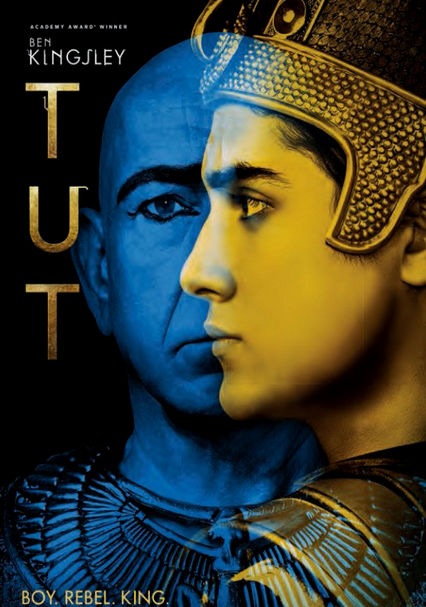 2015 NR 1 season
Re-creating the history of ancient Egypt, this six-part miniseries follows the turbulent life of Pharaoh Tutankhamun -- that country's youngest king -- and his court, a place filled with intrigue, romance and deadly jealousy.

More than 3,000 years after his death, the Egyptian pharaoh King Tutankhamun remains a legendary figure. This miniseries captures the dramatic events surrounding the extraordinary leader, who would forever change the face of Egypt.

Parents need to know that Tut is partially rooted in fact but, as in many bio-driven dramas, takes some liberties with historical accuracy. Battles tend toward the epic and bloody, with characters wielding a variety of weapons -- from swords and spears to bows and arrows -- and some downright gruesome visuals, including a graphic impalement. You'll also see simulated sex that doesn't technically show sensitive parts (other than the tops of buttocks or the curves of breasts) but leaves very little to the imagination. Characters drink socially.

Simulated sex with partial nudity (bare backs, tops of buttocks, sides of breasts) and explicit thrusting. Incest is implied in Tut's marriage to his half-sister; rape is mentioned.

Extended battle scenes show stabbing, gouging, severed limbs, and spurting blood. Characters use a variety of weapons, from spears and swords to bows and arrows.

Betrayal and political treachery are major themes, but so are duty, honor, and ambition. Thanks to history, the king's fate is inevitable.