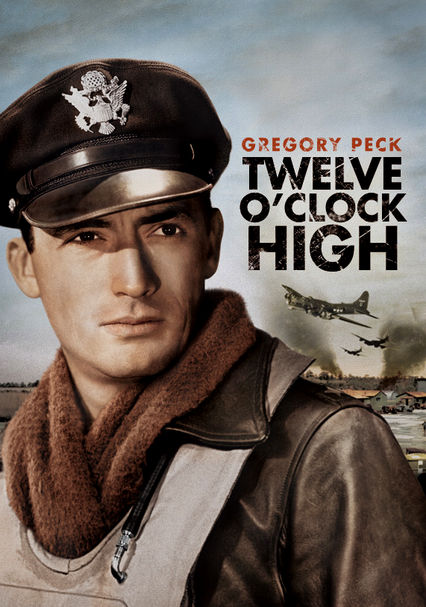 Parents need to know that Twelve O'Clock High is a 1949 WWII film in black and white about daylight bombers. There's casual era-specific drinking and smoking, wartime violence with no bloodshed but references to death, and exterior shots of planes blowing up. It focuses more heavily on the psychological effects of war and turning a hard-luck crew into a fighting machine than high-action scenes: There's a lot of extensive strategizing and talking, with only a few scenes of action out of 132 minutes. A gripping look at war, but not likely to keep the attention of young kids. Best for teens or older.

Wartime violence includes discussions of death or injuries (a blown-off arm; discussions of the number of men killed; a reference to frozen blood on an airplane windshield; scenes of wounded recovering but no blood shown). Exterior shots from a distance of planes blowing up, bombs dropping.

Casual smoking of cigarettes and pipes throughout; casual drinking while characters strategize in bars. Discussions of being drunk.