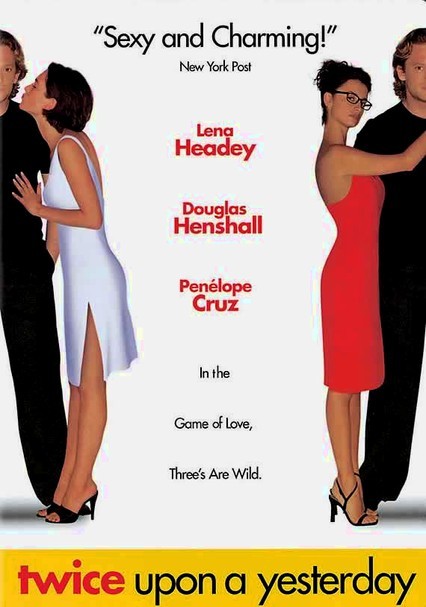 1998 R 1h 31m DVD
Struggling actor Victor Bukowski (Douglas Henshall) is heartbroken over the pending marriage of his ex-girlfriend Sylvia (Lena Headey). Leaving the pub drunk, Victor awakes to find himself back in time to the day they broke up, and he embraces his second chance. But fate has other plans when Victor meets Louise (Penélope Cruz). María Ripoll makes her directorial debut with this romantic comedy co-starring Mark Strong and Elizabeth McGovern.