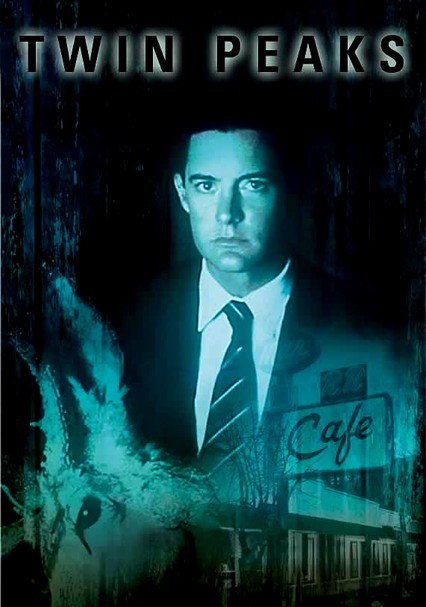 1990 TV-MA 2 seasons
In this cult classic series, eccentric FBI agent Dale Cooper arrives in Twin Peaks to investigate the murder of teenager Laura Palmer -- and soon scores of secrets concealed behind the town's facade of normality begin coming to light.

Parents need to know that while Twin Peaks is an award-winning television series that explores morality and identity in a fresh and original way, it still may be too disturbing for many teens. In addition to a generally foreboding tone, the series is full of bizarre imagery in dream sequences (which include a red-suited dwarf and a serial killer named BOB), plus violent storylines, drinking and drug dealing (sometimes by teens), and a recurring image of a dead, naked woman that combine into a potentially frightening experience, due in part to the show's surreal and creative presentation.

Though there is little overt nudity in the show, there are references to sex throughout the series, including prostitution.

Though not constant, violence does occur with regularity. The series opens with the image of murdered teenager Laura Palmer naked, wrapped in plastic sheeting, on a beach. This image is referenced throughout the series. Other issues include domestic violence, arson, shootings, murder, strangulation, and murderous plots.

There is very little strong language. Agent Cooper tends to use "damn" to describe food and coffee.

This series explores the concept of morality in a thoughtful, complex way and appreciates quirky humor and odd characters. That said, there is a foreboding tone to the series and plenty of double-crossing, lying, secrets, drug dealing, murder, etc. Good and bad isn't always black and white.

Characters, including teenagers, drink and smoke on the series, and occasionally do drugs. Teenagers deal drugs and cocaine addiction issues are also revealed in the show.