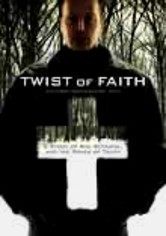 2004 NR 1h 27m DVD
In this emotional documentary, director Kirby Dick takes a closer look at a story from the Catholic church abuse scandals of 2002. When he finds out that his alleged abuser lives down the street, a former victim is forced to deal with his past. Now a husband, father and firefighter, Tony Comes chooses to do so publicly, a decision that, sadly, brings more pain and embarrassment into his life. The film was nominated for a Best Documentary Oscar.