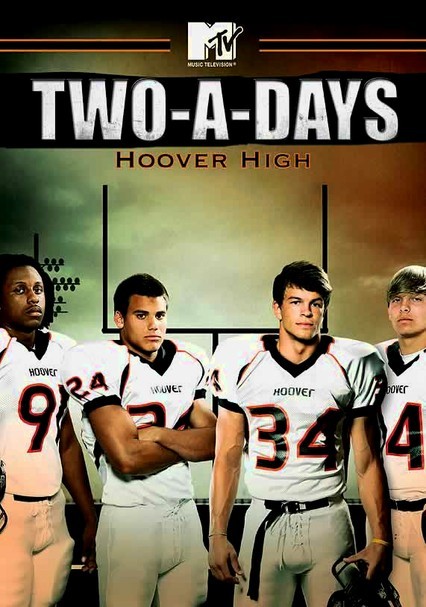 2006 TV-PG 1 season
Welcome to Alabama's Hoover High School, home of the Buccaneers, a team on top of the heap in a state where football is a religion. In addition to the action on the field, this MTV series follows players in their personal and academic lives. With Hoover's stellar winning streak and potential scholarships on the line, how do the Bucs balance the pressures of schoolwork, friendships, girlfriends and family commitments?

MTV continues to shine in the reality-TV genre with this series chronicling Hoover, Alabama's highly touted gridiron squad, the Buccaneers, as they do whatever it takes win the state championship. Facing enormous pressures from all sides -- parents, teachers, uncompromising coaches and especially the community -- the players live and breathe football. Meanwhile, drama unfolds off the field as they vie for girls and scholarships.

Parents need to know that this series focuses on a high school football team's extreme efforts to win the state championship and on the intense pressure to win that's placed on them by their coach, their parents, and their community. Little importance is placed on the benefits of participating in team sports (improved health and self-esteem, etc.), beyond the advantages that winning will bring. Some practice scenes are intense, but they're shown within the context of football training. Parents should also know that this show has storylines about teen girl-boy relationships.

Some teen boy-girl kissing. The players' relationships are an ongoing part of the series.

The games are rough and the injuries real, but it's all within the context of the sport of football. Some players throw up as a result of the grueling practices.

Mild: "Damn," etc. Most are usually said by Coach Propst as part of his motivating strategy. Occasional stronger curse words are bleeped out.

The focus is on winning, not on how well you play the game. The positive values of sports -- including team cooperation, hard work, and commitment -- are overshadowed by the players', parents', and community's desire to win. Includes some African-American players and residents.

Restaurant logos, such as Johnny Rockets, are fully visible. Sports drink labels, like Gatorade, are also visible. References to ESPN and to "After Show" segments on MTV's online Overdrive channel.