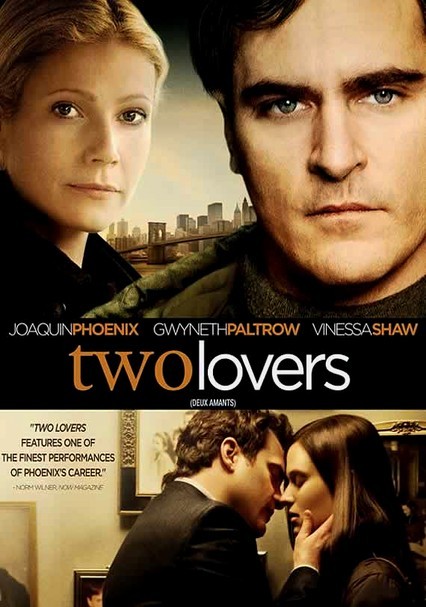 2008 R 1h 48m Blu-ray / DVD
After his engagement falls through, troubled Leonard Kraditor juggles the affections of Michelle Rausch, his beautiful but self-destructive neighbor, and Sandra Cohen, the attractive, sensible daughter of his father's business associate.

Parents need to know that this indie drama stars Joaquin Phoenix and Gwyneth Paltrow but is not a teen-oriented romance. The movie covers several mature themes like alienation, unrequited love, suicidal tendencies, and how parents relate to their adult children. There are two sex scenes, including a bare breast; very coarse language (more than 30 "F" bombs); and an apparent suicide attempt.

Two sex scenes -- one is in a bed with bare shoulders/backs visible and the other one outdoors with the couple fully clothed. Michelle shows one breast to Leonard through her apartment window.

Disturbing scene of a man jumping into water apparently to drown himself. Upsetting conversation about miscarriage and a D&C.

Coarse language -- more "F" bombs (at least 30) than usual for an R-rated drama.

Mercedes, The Metropolitan Opera, and Cartier are all featured.

Michelle and her buddies take Ecstasy and various adults at a club and party are shown drinking cocktails.