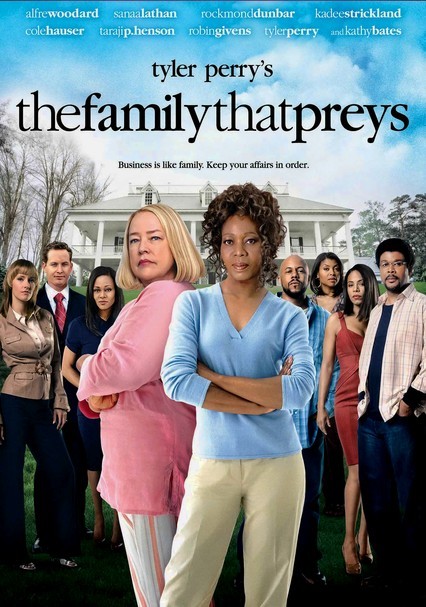 2008 PG-13 1h 51m DVD
Tyler Perry writes, directs and co-stars in this poignant dramedy centered on a pair of friends -- wealthy socialite Charlotte (Kathy Bates) and working-class Alice (Alfre Woodard) -- whose families stand to be ripped apart by greed and scandal. To prevent the collapse and save their families, the two mothers take a road trip in a vintage turquoise convertible that carries them both beyond their wildest expectations.

Parents need to know that, like most Tyler Perry movies, this dramedy focuses on mature themes surrounding race, class, marriage, and family. It's considerably less joke-filled than his previous work, and there's very little strong language ("bastard" is the harshest word, and it's only said once). There are two violent scenes, but only one is notably disturbing -- a husband strikes his wife. There are several allusions to an extramarital affair, but only one scene in which the couple embraces/kisses. Otherwise, the sexuality is limited to a few kisses between married couples. Most of the commercialism involves the fancy cars that some of the characters drive.

Couples embrace and kiss, including a man and a woman who are having an affair. The affair is discussed by various characters.

A husband strikes his wife in the face after she insults him and admits to having an affair; he later grabs the other man and holds his body over a ledge. A character purposely overdoses (off screen) on prescription medication.

The film's messages are clear: Stay loyal to your friends, don't disrespect your family, don't cheat because it always ends badly, and don't give up your dreams. An interracial relationship is depicted negatively, but that's because it's extramarital.

Featured brands include Mercedes, Porsche, Coke, and Dasani water. The song "I Hope You Dance" is prominently mentioned in the film, instead of just being on the soundtrack. Oprah Winfrey's roadtrip with her friend Gayle is Charlotte and Alice's inspiration.

Characters say "I need a drink" or "get me to a bar" a few times; wedding guests drink cocktails; Charlotte gets drunk doing tequila shots and orders mixed drinks on the road trip.