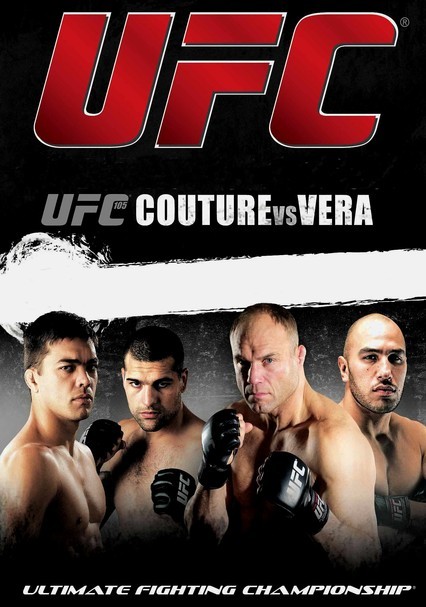 2009 NR 3h 2m DVD
Get ready for a bloody MMA rumble with Ultimate Fighting Championship 105, filmed in 2009 at England's Manchester Evening News Arena and featuring a bout between light heavyweight legends Randy Couture "The Natural" and Brandon Vera "The Truth." Other matchups on this card include Mike Swick vs. Dan Hardy, Ross Pearson vs. Aaron Riley, James Wilks vs. Matt Brown, Michael Bisping vs. Denis Kang and Paul Taylor vs. John Hathaway.