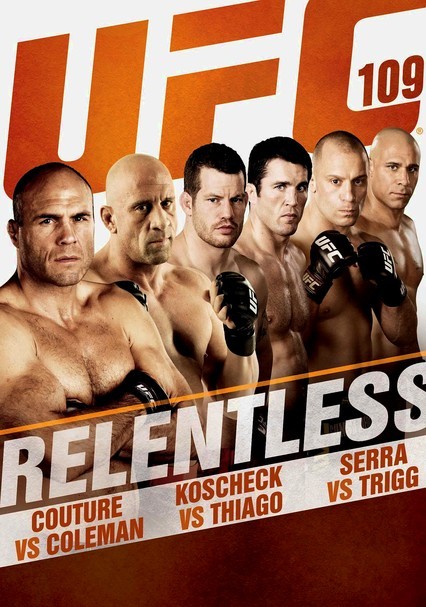 2010 NR 2h 30m DVD
Grab a front-row seat at Las Vegas's Mandalay Bay for UFC 109, an epic event held in February 2010 that features Randy Couture taking on Mark Coleman in the top-billed bout -- a match that was originally scheduled to take place at UFC 17. The main card also includes Matt Serra vs. Frank Trigg and Mike Swick vs. Paulo Thiago in the welterweight division, plus Demian Maia vs. Dan Miller and Nate Marquardt vs. Chael Sonnen in middleweight bouts.