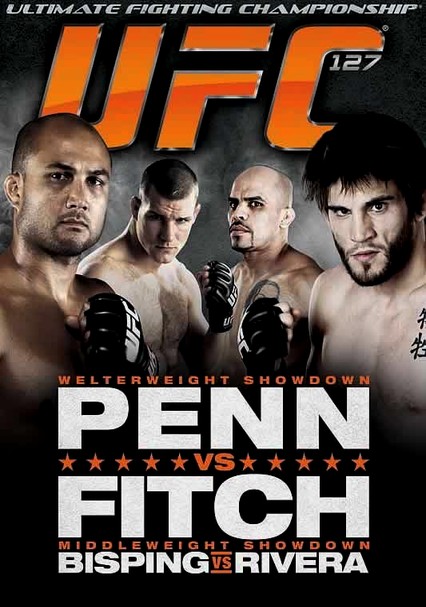 2011 NR 1h 40m DVD
The Ultimate Fighting Championship ducks back Down Under for this mammoth mixed martial arts event filmed at the Acer Arena in Sydney, Australia, in 2011. At the top of the fight card are American welterweight contenders B.J. Penn and Jon Fitch.