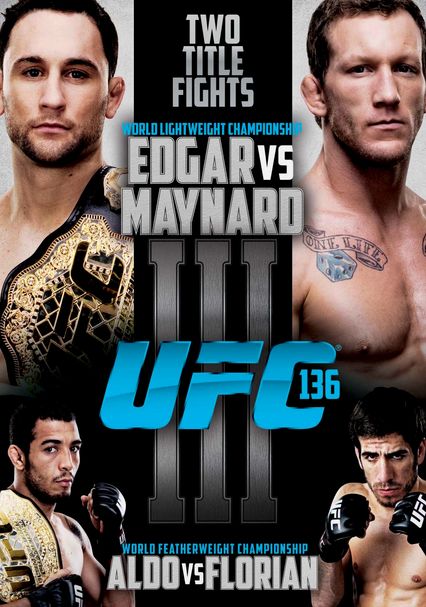 2011 NR 2h 51m DVD
Two championship titles are at stake in this night of spectacular UFC action in Houston, headlined by the bout between Frankie Edgar and Gray Maynard. Ten other battles round out the card, including José Aldo taking on Kenny Florian.