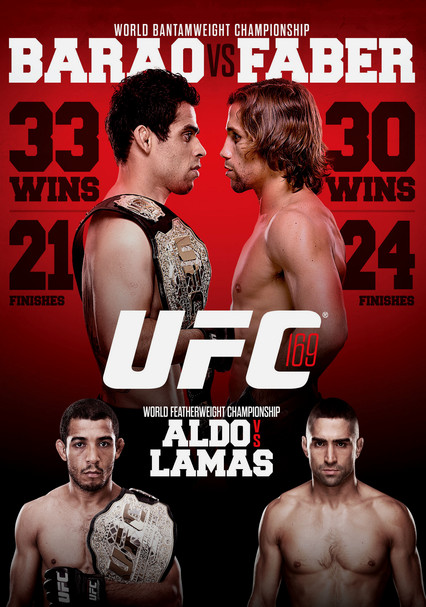 2014 NR 3h 20m DVD
Two titles are on the line at UFC 169 as seemingly unstoppable fighters seek to defend their UFC titles. In the main event, now-undisputed bantamweight king Renan Barao faces the former WEC champion Urijah Faber. In the co-main event, dominant featherweight Jose Aldo gets his toughest test in the form of hard-hitting Ricardo Lamas. Plus, heavyweight legends Frank Mir and Alistair Overeem clash in the name of career redemption, and flyweights Ali Bagautinov and John Lineker try to make a claim for title consideration.