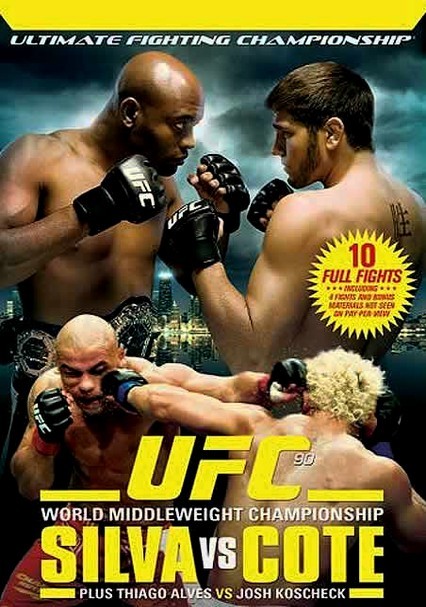 2008 NR 2h 20m DVD
The UFC middleweight championship is on the line as Anderson Silva takes on Patrick Côté. Sean Sherk battles Tyson Griffin, and Gray Maynard squares off against Rich Clementi in other main card action. With Croatia's Goran Reljic sidelined by an injury, Drew McFedries steps in to battle Thales Leites on the prelim card. The event also features matches between Matt Horwich and Dan Miller, and Hermes Franca and Marcus Aurelio.