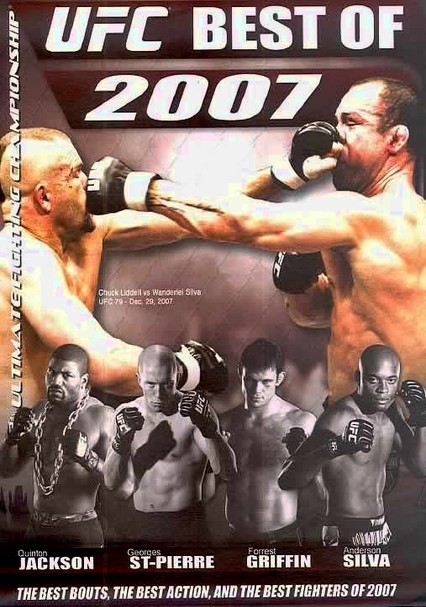 2008 NR 2 discs
Relive the hardest-hitting moments of the year with this Ultimate Fighting Championship retrospective. The thrilling footage includes bouts shown only on Pay-Per-View, such as Liddell vs. Jackson, Silvia vs. Couture and St. Pierre vs. Hughes. Additional never-before-seen interviews and behind-the-scenes glimpses demonstrate the all-out brutality that defined the UFC in 2007.