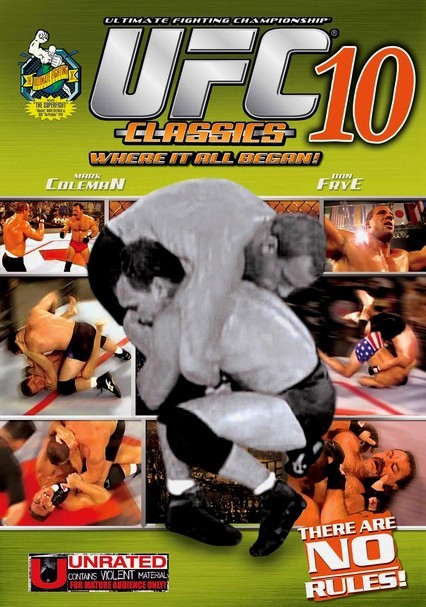 1996 NR 1h 59m DVD
In its 10th competition, the Ultimate Fighting Championship bounds into Birmingham, Ala., where a raucous crowd cheers on matches between eight fierce UFC fighters. Quarterfinal matches include Gary Goodridge vs. John Campetella, Mark Coleman vs. Moti Horenstein, Brian Johnston vs. Scott Fielder and Don Frye vs. Mark Hall. In the semis, Coleman, Goodridge, Frye and Johnston face off, setting the stage for a thrilling final bout.